The Janam XT2 Android Barcode Scanner is a rugged handheld is smaller, lighter, faster, and better than other rugged mobile computers in its class and equipped with a brilliant 5-inch color display with Corning Gorilla Glass 3. With Android 5 Lollipop OS, XT2 customers have access to one of the industry’s most powerful operating systems in the same sleek, rugged and lightweight form factor.

Watch our video review of the Janam XT2 Device

The Janam XT2 is a rugged handheld device with a lot of features. We like the light and rugged form factor and the 2D scanner tested performed very well. When using with TracerPlus we found that all features worked as intended and deploying projects via MTP worked aside from a drop down data issue. The full featured model comes with everything you need including 2D Imager, 4G LTE, GPS, NFC, added memory and an MSR reader at a comparable price to some competitors with the same specs. We would recommend this device for anyone out in the field or in need of a rugged, waterproof device in need of excellent scanning and device performance. 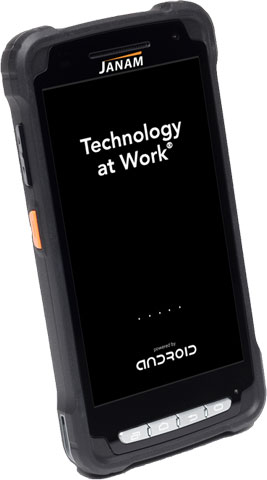