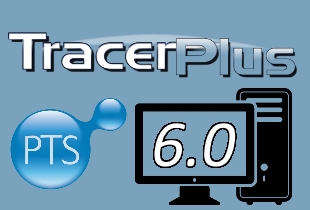 Portable Technology Solutions, LLC (PTS) announced the availability of three mobile applications built on the TracerPlus platform and featured in the In A Box Solutions Portable Technology Solutions, LLC (PTS) announced the release of version 6.0 of TracerPlus for Windows Mobile/CE in conjunction with the newest version of its free form design tool, TracerPlus Desktop. This version upgrade represents a radical upgrade to the TracerPlus System and vastly increases its ability to be applied to different mobile uses.

The release of TracerPlus version 6.0 introduces a number of entirely new features along with a variety of improvements to existing processes. Some of the more notable new additions include viewing and editing data as a grid within the entry screen, updating a series of records based on a single key field, referencing previously recorded image files for field lookups, enhanced support for managing multiple users and native support for Motorola RFID mobile computing devices. In addition, extensive control over the look of the mobile form have been added by fine tuning the Desktop form designer’s drag and drop controls and providing access to customizable font attributes, and a range of color options.

“In the past year, we've not only seen extensive growth in the capabilities of mobile computing devices, but also in the demands of industries using these devices,” says PTS CTO Dan Peluso. “By taking advantage of emerging technologies while staying true to our tradition of listening carefully to our customer needs, we’ve been able to incorporate very highly sought after capabilities while still being able to increase speed and ease of use.”

CEO Brad Horn adds, “With this release, we felt it was important to hit on all the most requested improvements while keeping the cost of our software in line. We can now easily say that we are on a level feature-wise with software that can cost 10 times as much and take 10 times as long to develop. I’m very proud of our development team in that they’ve been able to add the new abilities to our mobile client while making those features easier to understand and configure through our Desktop tool.”

All of the new products are available for download at www.tracerplus.com. TracerPlus Desktop remains a free application, while TracerPlus, and the three options for database integration are offered as trials.