The Janam XT1 Rugged Mini-Tablet with Android OS is the industry's lightest and most powerful mini-tablet, delivering superior performance without sacrificing usability.

The Janam XT1 is a rugged mini-tablet with a lot of features for its low price tag. When using with TracerPlus we found that all features worked as intended and deploying projects via MTP worked without issue. The main issue we found with this tablet is its lack of a dedicated scan button requiring you to assign one of the volume keys which takes away its functionality. 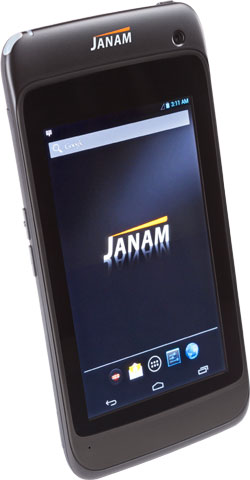